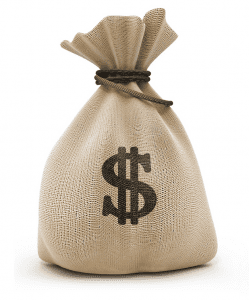 The Seattle City Council has approved the implantation of a $15 minimum wage. Washington currently has the highest pay floor of any state at $9.32 an hour, so it is no surprise that the most significant legislation to raise wages has come from its biggest city. Minimum wage increases will be phased in gradually based on employer size. Businesses that employ workers in Seattle with more than 500 employees nationwide will have a 3 to 4 year phase-in-period, while smaller employers with fewer than 500 employees will have 5 to 7 years to comply. The extended deadlines are for employers who offer health insurance contributions, and those with workers who receive consumer-paid tips.

According to a University of Washington study, when this increase takes effect, the pay for full-time workers making minimum wage will rise by $11,000 a year. Further findings show that the increase would benefit about 100,000 people working in the city, which is about one quarter of the workforce. It is anticipated that this rise will decrease poverty by more than 25% and reduce the number of people receiving public assistance. Speculation that an increased minimum wage will lead to job losses has been countered by studies of significant minimum wage increases in San Francisco, Santa Fe, and San Jose finding no clear evidence linking job losses to a higher minimum wage. Supporters believe this legislation will be beneficial in the long run because the increased wages will create a more stable workforce.

Opponents of this legislation warn that it will drive small businesses that operate on thinner profit margins out of business. Local franchises of fast food corporations are determined to be classified as small businesses in order to take advantage of the extended compliance deadlines. They have threatened to take legal action claiming that even though they are under the name of larger corporations, their businesses run on independent budgets comparable to smaller enterprises. There is also speculation that businesses like restaurants, which employ the largest number of minimum wage workers, will be forced to lay people off.

Seattle’s sizable minimum wage hike is a significant step toward raising wages nationwide. This vote is expected to give momentum to campaigns across the U.S., from San Francisco and Chicago to New York. In this year’s State of the Union Address, President Obama expressed frustration with opposition from Congress to his proposal to raise the federal minimum wage. He stated, “to every mayor, governor and state legislator in American, I say: ‘You don’t have to wait for Congress to act. Americans will support you if you take this on.’ Cities around the country will be watching very closely as Mayor Ed Murray and the Seattle City Council test this out, bringing Seattle’s minimum wage floor to an all-time high for the U.S.