Why is harassment training important?

5 reasons your company should be providing harassment training.

There are many reasons for an employer to prioritize providing harassment training to their employees. Because of the legal ramifications, risk mitigation may be the first thought that comes to mind, but there are other considerations that make it compelling for your organization.

The U.S. implemented its first anti-discrimination laws in 1964. Since then, we have experienced continued attention at federal, state, and local levels. Harassment, discrimination, and retaliation laws have been expanded, additional protected classes have been added, and enforcement of those laws has increased significantly. California, New York, New York City, Connecticut, Delaware, and Maine have led the pack, but many other states have laws on the docket. Even if your company does not have employees based in those areas with heightened regulations, harassment is illegal everywhere in the U.S.

Additionally, several states and localities have enacted laws that protect non-employees–your contractors and vendors–from harassment, leaving employers even more vulnerable if proper training is not conducted. Ensuring that employees understand or are at least exposed to the specifics of these laws can significantly reduce employer risk.

2. The legal cases are costly

On average, an employee lawsuit will take 318 days to be resolved, nearly an entire year—creating a costly distraction to your business. An employer can expect to pay at least $160,000 when those cases result in costs for defense and settlement. However, courts are driving the point home with awards exceeding $150 million. New state and local laws as well as increased media attention have helped to empower employees to assert their rights. Taking action is easier for employees thanks to many states allowing employees to go straight to court without filing a federal or state claim.  Availability of free online tools such as case assessment calculators, enable employees to discover the potential worth of their case.

Providing evidence that your company meets various state mandated training requirements, even if they don’t apply to you, is an excellent way to defend against a claim or lawsuit. So, if you have employees outside of California, New York, and others that require training, it is worth implementing company-wide training–not just to those state specific employees.

Buyers are now making purchasing decisions that are informed by a company’s brand reputation. Even if your business is not as likely to be featured in a leading news story, word is quickly spread by employees, customers, and vendors via social media and word-of-mouth. While a very public example, Uber’s business practices, which included sexual harassment, triggered a #DeleteUber movement—resulting in a loss of more than 200,000 customers in just one weekend.

A company’s culture should never be one to tolerate harassment. Business leaders are responsible for shaping the culture of their organization and must authentically believe that harassment is wrong, is not acceptable in the workplace, and hold this same expectation of others in the workplace. It’s more than simply saying “don’t harass each other”; leaders should actively support effective anti-harassment training initiatives.

Employees do not want to work in a toxic environment, or one that accepts workplace harassment, leading to increased turnover and costs.  Many companies have difficulty finding and retaining good employees, so maintaining a strong track record of prohibiting unlawful behavior is an important hiring and retention strategy.

A poor work environment causes employees to be disengaged from their jobs, which means they are less motivated to perform well or go “above and beyond” for the company and their team. The performance implications of this decrease in employee engagement are substantial, including decreased customer satisfaction, productivity, and profitability as well as increased absenteeism, employee turnover, safety incidents, and quality issues.

A responsible employer looks after the well-being of their employees and does right by them. Besides the disruption to your business, workplace harassment is damaging to employees. The stress caused by harassment contributes to anxiety, depression, sleep disorders, lowered self-esteem, sexual dysfunction, and even Post-Traumatic Stress Disorder. Employees may often experience a financial impact resulting from absenteeism, leaves of absence, or quitting a job. These impacts have ripple effects that extend out to family members and even the community at large.

Investing in training and engaging in a culture of respect and anti-harassment can reap serious benefits, including higher morale and productivity and fewer dollars put towards defending legalities, which will result in a healthier bottom line. 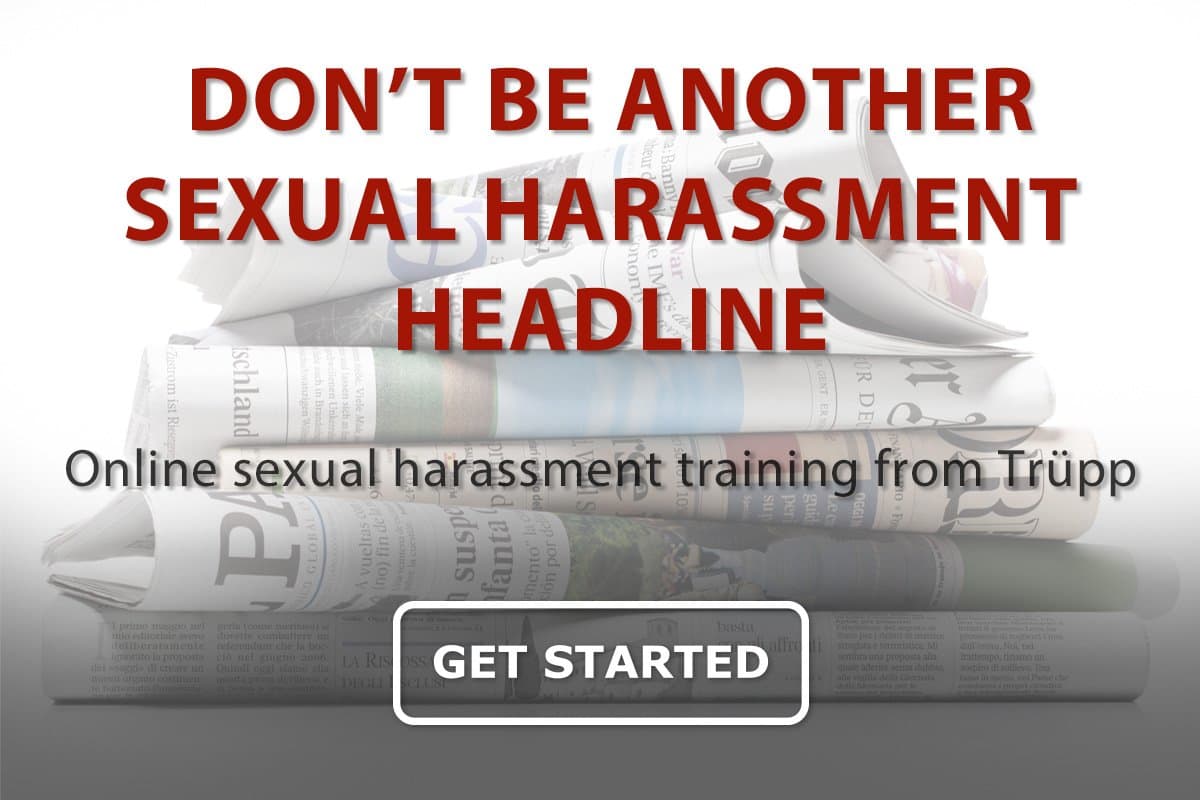