The FLSA final rule has been released

As most employers are aware, the final regulations regarding overtime exemptions under the Fair Labor Standards Act (FLSA) have been released by the Department of Labor (DOL). The bottom line of the new ruling is that the minimum salary requirement for non-exempt status has been raised significantly–from $23,660 to $35,568 and employers only have until January 1, 2020, to comply.

Complying with the FLSA’s new rule may damage internal equity

While it may seem the new overtime rule will impact a relatively small group of your employees, modifications to pay and exempt status triggered by this rule change—coupled in some areas with increasing minimum wages—may result in groups of employees being paid salaries that no longer make sense when compared with other positions in the same organization.

For example, let’s take a retail manager who is earning $33,600 annually as a salaried employee. In order to comply with the new overtime rule and maintain exempt status employee classification, the retail manager’s salary is being increased to $36,400. This checks the “compliance box”, however, it unchecks the “internal equity” box. Internal equity is the process of making sure we are paying our employees fairly when compared with others in the same organization. When an employee is considering the fairness of their pay, this is usually a higher concern than external pay equity—which assesses what one employer is paying in comparison with other employers.

Now, comes the first ripple effect–the pay rate for our retail manager’s direct reports and direct supervisor. When designing a pay structure, a compensation professional will ensure there is sufficient progression of pay within a job family. The table below shows how merely increasing the retail manager’s salary impacts internal equity.

As you can see, once the Retail Manager’s salary has been adjusted to comply with the new overtime rule, the salary differential between a Retail manager and a Regional Manager is now only 10%, which is insufficient for the variance in responsibilities.

Conduct a thorough review of your compensation structure

The question is—where does the ripple end? While a tactical response to the new overtime rules may seem logical, the situation dictates a holistic assessment of the overall compensation structure. Ignoring the broader impact of employee pay changes can have a detrimental effect on employee morale and retention and engagement. Advising with a compensation consultant will ensure your organization is complying with the new FLSA Overtime Rules and maintaining a compensation plan that preserves internal equity and positions your organization to attract and retain top talent. 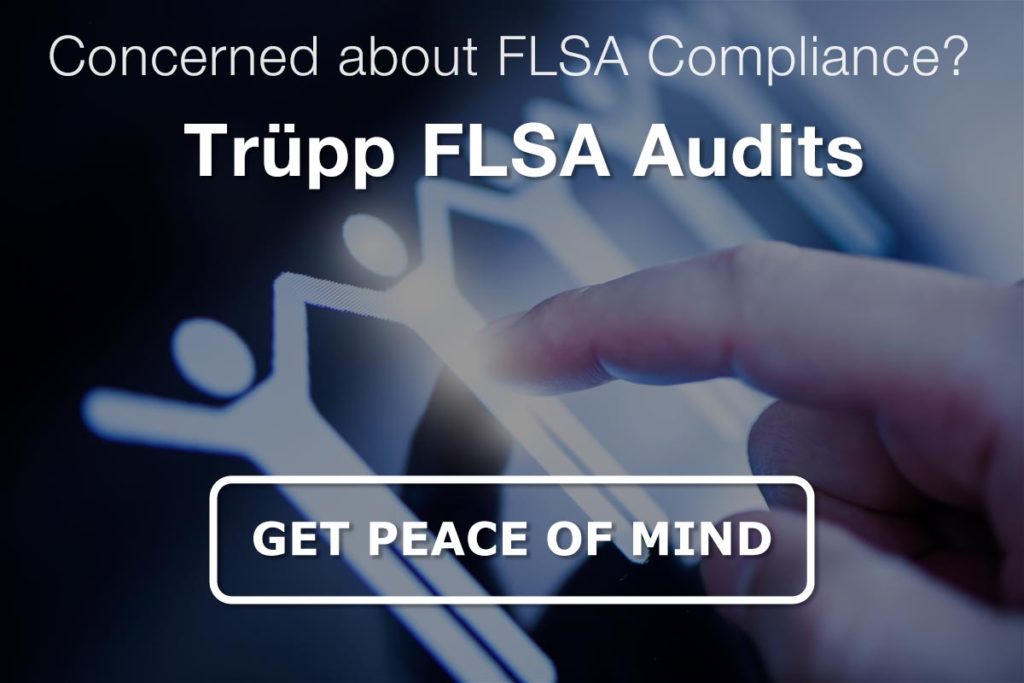